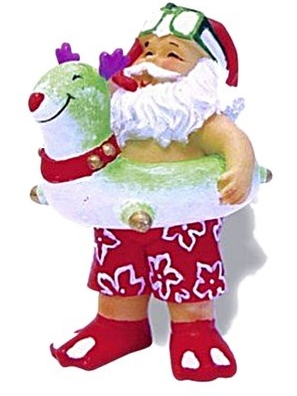 It’s that time of year again for the EBSC ‘Holiday Diet Plan’, or sometimes referred to as The EBSC Holiday Training Camp. If you want to eat everything in sight and not gain an ounce, then this is for you!

The camp consists of 8 workouts (11 hours of swimming!) over six days, for the low, low price of $50.00! We have limited the camp to 36 swimmers and all but one session will be 3 x 50m LC lanes at the beautiful VAC (Vancouver Aquatic Centre). Sunday Dec 28th, 10-11:30am will be yards. The camp will be headed by the formidable Philippe Voisard, one of EBSC’s coaches extraordinaire.

The dates and times are as follows:

Here is the Karelo link.

If you have any questions, please contact Annelle Harmer at: annelleharmer@shaw.ca

Thank you and see you in the pool over the Holidays!

Okanagan Masters Swim Club (OMSC) recognized a number of its members and other contributors at its 2014 AGM in Kelowna on Sunday.  “The awards are an opportunity to appreciate the many contributions our members make as swimmers, volunteers, coaches and fans. It’s important to recognize the gifts and skills of all members, not just our top performers. The awards give us a chance to acknowledge improvement, good sportsmanship and inspiration,” said Tracey Sutton, OMSC Awards Coordinator.

Conny Stamhuis (82) walked away with the Swimmer of the Year floating trophy strongly challenged by the achievements of  Carmelle Guidi-Swan (43) who was voted Most Inspirational Swimmer. Both turned in stellar performances at the 15th FINA World Masters Championships in Montreal in May 2014. Stamhuis (80-84) won a gold medal in the 50m breaststroke and added to her medal count by placing 4th in the 100m backstroke and 5th in the 50m backstroke, 200m backstroke and 50m freestyle.  Guidi-Swan (40-44) narrowly missed her silver in the 200m fly by two tenths of a second, placing third in both the 100m and 200m fly and breaking the BC record in both instances.

The Elena Dimitrov Award for Courage and Determination went to Crystal Miller for completing the 2014 Across the Lake Swim during challenging conditions in  July.  Miller crossed in 2:50.08 and continued despite the call from safety staff to throw in the towel. Swimmers faced a powerful northerly current this year with only 638 of 774 swimmers finishing.

Elisa Hoover earned the OMSC Volunteer of the Year award for her commitment to learn and master the meet management system which involved extensive volunteering at swim meets held by fellow swim clubs.  Non-member Volunteer Awards went to Mark Dixon and John Billington for their outstanding and ongoing support of OMSC events and associated events including the Open Water portions of the Pushor Mitchell Apple Triathlon. Participating in Masters Swimming Canada’s Million Metre Challenge, Carol Taylor and Jeanette Hoft both achieved the Million Metre mark!

Novelty awards included the Hammer Award floating trophy to Phred Martin for going all out during training, the TP (Timing Perfection) Award to Val Newth for being closest to achieving meet seeding times and the Torch Award to Tracey Sutton.

Members expressed appreciation for the contribution and leadership of outgoing OMSC president Brent Hobbs and Registrar Monique Russo as well as other Board members and volunteers.

With 120 members, OMSC is one of the strongest masters swim clubs in British Columbia.  Its new combined member and partnership arrangement with H20 Adventure & Fitness Centre enhances OMSC’s high quality swim coaching program with access to all the H20 programs.

Neil Wyper, newly elected OMSC President commented, ” Swimming is a life-long sport, and offers something to swimmers of every ability and every age.  OMSC provides a unique opportunity for new swimmers to train alongside world-class athletes, under the guidance of dedicated and knowledgeable coaches.  Keep in mind that “masters” just means 18 and above; anyone who can already swim 100 metres is welcome to join us!”

Wyper added, “Our three-part program allows recreational swimmers to focus on fitness, while also enabling triathletes and open water swimmers to become stronger and faster swimmers. The third part, our competitive program, speaks for itself: our members frequently earn medals at provincial, national and world-wide meets. Swimmers of all levels train together and inspire each other.