The award, given in memory of Stan Powell, goes to an individual who has contributed to the betterment of Masters Swimming in British Columbia and/or service to Masters Swimming.

Shelia Campbell
Sheila was one of the founding members of the WCMSC and has served as president of the club since it’s beginning, She was a member of the 2012 Nationals committee and swam in some events. She hypes swimmers up getting them ready for their swims, checks on swimmers when they are ill, and has been a great recruiter . For the longest time you would show up for morning practice and see Sheila folding towels or doing something as a volunteer for the YM/YWCA before she got into the water.

Jim Close
Jim has been volunteering for Vancouver Open Water Swimming Association since 1998 the year he turned 50. He has served in various capacities both as director and table officer for the last 15 years. He has also served as the race day co-ordinator for atleast half a dozen events. Jim was previously director and table officer for BC open water swim association and was the Swim BC open water rep for several years. He has also helped organize three Georgia Strait crossings and continues to encourage people to swim across our incredible water ways.

Keith Kendal
Keith has many, many years of service with MSABC, keeping our accounts in. Keith is also the MSC treasurer, a position he’s also held for many years. Keith is very quiet about all the work and time he spends volunteering for Masters swimming and swimming in general. We don’t know everything Keith has done for MSABC over the years but we know he has volunteered a significant amount of time in BC and across Canada.

Sheila was one of the founding members of the WCMSC as well has served as president of the club since it’s beginning, Sheila was also a member of the 2012 Nationals committee involved in putting on the 2012 MSC Nationals where she spent many hours during the meet working as a volunteer as well as swimming some events. Sheila also volunteered where ever she could for the years before WCMSC with the Okanagan Masters,

Sheila is always the one that hypes the swimmers up and gets them ready for their swims, Shelia has been a great recruiter of new swimmers.

Sheila always has time to check on swimmers that have been ill or injured to see how they are doing as well she is the first to make sure there are more than enough rooms books for out of town meets. For the longest time you would show up for morning practice and see Sheila folding towels or doing something as a volunteer for the YM/YWCA before she got into the water.

Even when Shelia was injured she always did more than her share for the rest of the swimmers.

This years top three nominees are:

Alex Cape
Last year, Alex tore her ACL while playing hockey. After the injury she continued to train for a 70 km solo swim Cowichan Lake which she completed last summer. This year she trained she underwent surgery in January . She was out of the water no more than 2 weeks and is now training for a 105km swim.

Annelle Harmer
Annelle embodies everything that is great about masters swimming. It was in her mid-thirties that she discovered Masters Swimming and since that time has become a force in the women’s mid and distance freestyle. Over the past few years she has suffered a number of personal tragedies. Through it all, swimming remained her constant, her life saver. And this year she has been able to put all of her energies back into her passion with amazing results.

Colleen Nelson
Colleen is one of those quiet swimmers who has achieved great results over the years. She is ranked first in the world in 2014 for the 50 breaststroke and in the top 10 for 8 other events. She won the 50 breaststroke at the World Championships in Montreal and she was the fastest Canadian in all her 7 events at last year’s Nationals in Windsor. Colleen also broke three Canadian records last season, in the 50 free, 100 free and 50 fly.

She embodies everything that is great about Masters swimming, and everything that was great about our former coach, the late Ted Simpson. This award is intended to honour not only triumphs in the pool but also triumphs in life, and she has demonstrated both. It was only in her mid-thirties that she discovered Masters swimming and, over the years, has become a force in women’s middle & distance freestyle, earning herself several FINA Top 10 Masters rankings.

These past two and a half years, though, she has gone through mental and emotional trauma that luckily few of us will ever experience .. her sister was diagnosed with a rare aggressive form of breast cancer in June of 2012, her brother was murdered in August 2012 and then her mother died in October 2012 from brain cancer. Overwhelmed with these life tragedies, the only thing that kept her going was that 6pm practice. It was the one constant in her life and one of the few things she could count on. Swimming was her church, her therapy – the one thing that she felt she still had some degree of control over. Surrounded by her teammates & coaches, she could escape, at least for that hour, into that ‘other’ place that all us swimmers go. Her sister eventually passed away in August 2014. Through it all, swimming remained her constant, her life saver and this year, she has, once again, put her all of her energies back into her passion with amazing results in the pool. She’s back!

Last Minute Details For The Banquet!

We’re busily wrapping up our last minute planning for the Masters Provincial Meet Banquet, at Vancouver Island University! And with that, a final note about some details for the evening. For all Banquet attendees, here is some important logistical information:

Banquet Location:
The banquet is being held in the Vancouver Island University Cafeteria, and guests will access the space through the VIU Welcome Centre.

Vancouver Island University:
900 Fifth St., about a 15 min walk from the pool

Look for the Welcome Centre signage… If you see green and gold balloons, you’re in the right place! The Welcome Centre is conveniently located next to parking lot F, which brings us to our next topic…

Thanks to all who registered! We look forward to seeing you at the banquet. 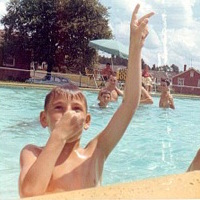 During my past 4 years as President, I have often heard the question – ‘What does MSABC do for me & my club?’. Well, you can check out our general guidelines on the MSABC web site but, in a nutshell, if it had not been for all the dedication & hard work by former MSABC Boards up to and including it’s current Board, masters swimming in this province would not be the robust association it is today.

For our competitive swimmers, we provide sanctioning for over half a dozen swim meets throughout the year along with our annual MSABC Provincial Swimming Championships held at the end of April.

For our open water members, 3 years ago we introduced our now annual MSABC Open Water Championships held at the end of July.

We celebrate our membership by handing out a number of awards at our Provincials Awards Banquet honouring those individuals whether it be for their accomplishments in the pool or for their stewardship & leadership out of the pool – all of which speaks highly of our diverse membership!

We brought MSABC into the 21st Century by creating our ‘MSABC Blog’- a reincarnation of our old ‘Bulletin’ – but now with up-to-the-minute articles that help keep you abreast of what’s happening around the Province. We also created a Facebook page for those so inclined. Both the ‘Blog’ and the FB page can be accessed by way of the MSABC web site (upper right hand corner).

The meets, our Championships, our awards, the ‘Blog’ & FB page are all meant to keep our membership ‘in touch’ with one another because I see MSABC as a ‘one-big-extended-family’! And, in order to keep this ‘family’ happy & healthy, we need a Board that is active, capable, robust & energetic.

It was not until I became a member of the Board that I realized what an important (though often time ‘invisible’) role it plays in every club’s existence. I encourage those who want to help make a difference to give some thought to putting your names forward at our upcoming AGM to be held during the MSABC Provincial Swimming Championships in Nanaimo.

As with every year, a number of Board members are stepping aside and this year we especially need members with an IT background! Positions to the Board are 2-year terms with alternating positions being offered each year so as to maintain stability. Here are the position that will be up for election this year:

* these are positions for which the 2nd year of the term still needs to be completed.

Thank you for giving me the honour of leading this Association these past 4 years and I look forward to seeing a good turn out at this year’s AGM and the election of another strong MSABC Board of Directors!

2015 MSABC Provincials Competition: Meet A Few Of The Competitors!

We’re profiling a few Nanaimo Ebbtides swimmers who will be competing at the Provincial meet in Nanaimo, next weekend. If you’re going to be swimming at the event and would like to introduce yourself on the blog, please let us know! Contact: eerkendy@yahoo.ca

MSABC
Create a free website or blog at WordPress.com.